Demographics of the Aging Population 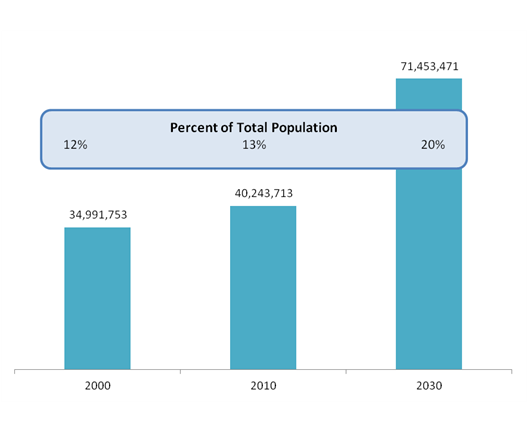 The U.S. Census Bureau, in its report, 65+ in the United States: 2005, documented the following trends: